RNA-mediated gene regulation mainly comprises gene inactivation processes, which are summarized under the term RNA interference (RNAi). In eukaryotes, RNAi is induced by double-stranded RNA (dsRNA). RNAi results in silencing of genes at the transcriptional, post-transcriptional and translational levels. Because of the diversity with which RNAi can interfere in the gene regulation of almost all eukaryotes, the elucidation of RNAi processes is still one of the most important works in biology and medicine (see also Nobel Prize for Medicine, 2006).

In transcriptional gene silencing (TGS), the regulatory elements of genes are turned off by epigenetic changes. Post-transcriptional gene silencing (PTGS) results from the specific degradation of mRNA and occurs predominantly when the mRNA has fully complementary portions to the dsRNA. Interference with translation is usually observed when the mRNA has a high but not complete complementarity to the dsRNA. Although all RNAi mechanisms share common components, in most cases specific members of different enzyme families are essential for the individual gene inactivation processes. These classes of enzymes mainly include variants of the Dicer (DCR) or Dicer-like (DCL), Argonaute (AGO) and RNA-directed RNA polymerase (RDR) proteins. Plants have a complete and diverse assortment of these enzymes. In addition, plants accumulate numerous types of small regulatory RNAs, primarily small interfering RNAs (siRNAs), micro RNAs (miRNAs), trans-acting siRNAs (ta-siRNAs) and natural antisense transcript siRNAs (nat-siRNAs). It therefore makes sense to use plants as a model system for the study of RNAi mechanisms. 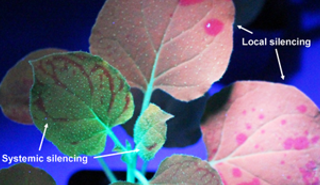 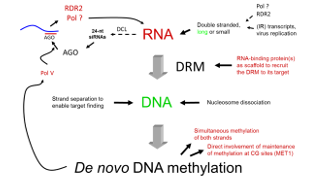 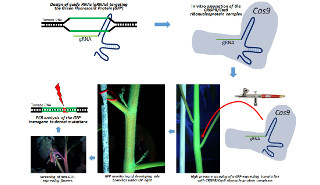 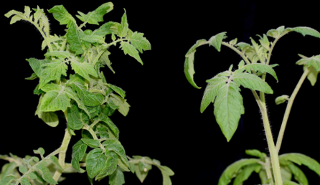